Traditional Specialties Guaranteed. They are among those products that are not necessarily linked to a territory, but which are characterized because they follow a typical traditional production specification. They are therefore not always and completely geographically linked, but culturally, historically, socially. 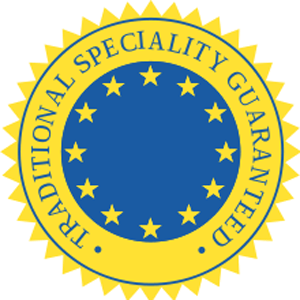 Italy is the European country with the highest number of food products with a designation of origin and geographical indication recognized by the European Union. A further demonstration of the great quality of our productions, above all of the strong bond that binds the Italian food excellence to its own territory of origin. The system of geographical indications of the EU aims to protect and favor the productive system and the economy of the territory. The indissoluble link with the territory of origin requires the preservation of ecosystems and biodiversity; supports the social cohesion of the entire community. The enhancement of these products and the preservation of their essence understood as production methods, traditional recipes, rooting in the territory find an effective response in the DOP, IGP and STG brands introduced by the European Union to protect typical food products. Currently the system is subject to the EC regulations n. 510/2006 on PDO and PGI and 509/2006 on TSG, which replaced the previous EC Reg. 2081/92 and EC 2081/92. The new regulations allow access to the system of protection of geographical indications to producers in third countries, as requested by the WTO (World Trade Organization) and make the organizational system linked to the control and protection of these products more functional. The control system is entrusted to accredited control bodies specifically authorized by the Mi.PA.A.F.  The control body chosen by the Consortium or other trademark protection organization controls all the operators that adhere to the specification. ICEA is the authorized inspection body for the following specifications and products:

The production of Latte Fieno (Hay Milk) dates back to the medieval period when in the Prealps and Tyrol hard cheese was produced right with Latte Fieno. In particular, Latte Fieno comes only from animals bred on farms where no fermented food, wet or fermented hay, garden and fruit waste, potatoes and urea are given. The use of “genetically modified” animals and feed is also prohibited. For example, animals must be fed with grass, legumes and herbaceous species during the summer, referred to as ‘fresh fodder period’ and with hay during the winter. Coarse fodder must account for at least 75% of the annual dry feed. The permitted coarse fodder is rape, maize, rye and fodder beet, hay, alfalfa, and similar fodder.

How to produce and market Latte Fieno (Hay Milk) TSG

Today, operators who intend to produce, process, pack and market Latte Fieno TSG must comply with and accept the Commission Regulation (EU) 2016/304 of 2 March 2016, to which the Production Specifications and the Control Plan with its Annexes (here) are attached. Below you can find a brief guideline on the specifications drawn up by ICEA and the relative documentation to be filled in in order to adhere to the Latte Fieno TSG control system.

2
On-site inspection verification.
On-site inspection carried out on the basis of a control plan approved by the Mi.PA.A.F., to verify compliance with the specification both of the subjects included in the supply chain, and of the product, resorting if necessary to analytical tests. The results of the checks are assessed by the ICEA Certification Committee for the purpose of issuing corporate suitability and the registration and registration of subjects suitable for the use of the brand and name.

3
Issue of the Certificate of Conformity.
Issuing of certification following the positive outcome of the audit and required analyzes. On the basis of the production declarations issued by the various subjects included in the supply chain, ICEA authorizes the printing of the labels bearing the appropriate Community logo.

Find ICEA’s location close to you in Italy or Abroad.